If you have been focusing your workout routine on muscle building, then you’ve probably considered taking creatine supplements to boost muscle mass. That is if you don’t already take them. But most people considering taking creatine are usually worried about a certain side-effect: acne.

Quite a number of creatine users have reported mild to moderate occurrences of acne. For most of them, the acne occurs around the same time they started taking the supplement, hence the concern that it could be affecting their skin.

But before we explain them, it is important to understand what creatine is and what it does.

Creatine is actually a natural compound produced by the body in the liver and kidneys. It is then stored in skeletal muscle. Its main role is to recycle used energy in the body for reuse in the brain and muscles.

That is why creatine is associated with enhanced muscle growth, increased energy levels and higher mental performance.

Creatine supplements are simply synthetic versions of the natural compound. They come in different forms including liquid, powder, pills and tablets.

So what could be behind the seemingly coincidental occurrence of acne when some people start taking creatine?

Several studies have observed significant increases in the production of various hormones after taking creatine for some time, usually a few weeks.

The biggest production increases are in testosterone, Dihydrotestosterone or DHT (a by-product of testosterone) and Insulin-like growth factor 1 or IGF1. All these three hormones affect the skin in ways that could possibly lead to acne in some people.

For instance, too much testosterone in the body can trigger increased production of oil by sebaceous glands under the skin. This causes pores to get clogged and soon, a breakout occurs. Dihydrotestosterone has a similar effect on your oil-producing skin glands.

Like these two hormones, IGF1 also increases sebum production, leading to plugged cores and an increased risk of acne.

The increase in these hormones creates greater risk of acne in men than women. The risk can be especially high if your skin is prone to breakouts or you have had acne in the past. For those already with mild acne, taking creatine can potentially make it worse.

When you take creatine supplements, they divert water in your body towards your muscles. This allows for increased energy production and a boost in muscle mass. You’ll find that you can manage an extra set or two after taking creatine.

The downside is that it leaves the body short of water. Dehydration has a direct link to skin health. It causes sebaceous glands to produce more oil than usual, which then increases the amount of bacteria on your skin. The immune system’s reaction to these bacteria combined with clogged skin pores leads to acne.

Creatine can help you work out more. This causes the level of sugar and insulin in your blood to go up. If you take sports drinks to replenish your energy, your blood sugar level could shoot up even higher.

This is bad news for your skin. Researchers have found a strong association between higher glucose and insulin levels in blood with an increased risk of acne.

Should you stop taking Creatine?

So while creatine may not directly cause acne (at far as we know), it creates an environment that could lead to it in some individuals. What does this mean for you?

If you have experienced particularly severer acne after using creatine, you may have to find an alternative protein supplement to help you in muscle building. But for most people, there are a few things you can do to offset the effect of creatine.

I also recommend adding more high-fibre, low-glycaemic foods to your diet. They provide fuel without creating and insulin and sugar spike. With these tips, you might be able to keep taking creatine without worrying about acne. 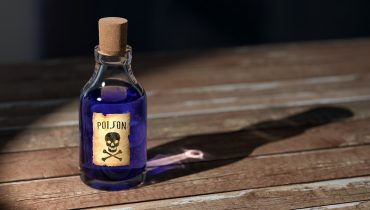 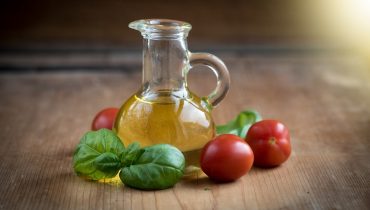 More about this author
Author 44 Posts