Home
|
Skin Care Advice
|
Does Smoking Cause Acne? Here Is What Research Says…

Acne is a traumatising skin disease that affects more than 660 million people worldwide. Acne sufferers report feelings of anxiety and low self-esteem, and in severe cases, depression and suicidal thoughts.

Acne affects people of all races, and medical experts have struggled to know what causes this skin condition to help identify its remedies. In the process, scientists have studied the role of cigarette smoking and its contribution to acne.

So, the big question today is: Does smoking cause acne?

Scientists are divided over the issue. Some studies associate smoking with acne while others do not. Let’s look at both sides of the coin.

One famous study done at the San Gallicano Dermatological Institute in Rome investigated the relationship between smoking and acne. The research covered 1046 randomly selected women aged between 25 to 50 years. Results were published in the Dermato-Endocrinology in 2009. The scientists found a strong association between smoking cigarettes and the prevalence of post-adolescent acne.

About 42 per cent of those who puff suffered from acne compared to 10 per cent of non-smokers. Further, the study found that smokers had low vitamin E and high sebum peroxidation.

What is the relevance of vitamin E and sebum?

Vitamin E is essential in skin care in two significant ways. One, it promotes tissue repair thus helps to remove the dark spots and scars left by acne. Secondly, vitamin E prevents oxidation of sebum (the oil produced by the skin) hence keeps the skin moisturised for a more extended period. So to have a healthy skin, be sure to have enough vitamin E.

A second study agrees with the Rome study. This research was conducted in the City of Hamburg and published in the British Journal of Dermatology in 2001. The study had 896 participants. It reported that smokers tend to have more acne and drier skin; and, the condition of acne worsened with more smoking.

But not all research is in agreement.

Smoking does not cause acne

The Journal of Investigative Dermatology reported a study conducted in 2006. In the study, nurses interviewed 27,083 young men for 20 years. The results here were different from the two reports cited above. The results showed that smokers had lower rates of severe acne compared to the non-smokers.

As if that is not enough confusion already, another study came up a year later in 2007 that had 594 participants. This research is reported in the Journal of the European Academy of Dermatology and Venereology. The study concluded that girls who smoke had a lower prevalence of acne. But smoking had no association with acne in boys. Some doctors believe that nicotine inhibits acne formation because nicotine constricts blood vessels.

A more recent study carried out in 2012 is reported in the Acta dermato-venereologica. The research was done in six cities in China and involved 17,345 Chinese adults and adolescents. The study found an association between smoking cigarettes and acne. But apparently, smoking and tobacco had little influence on acne in adults.

The cited reports take us back to the question: does smoking cause acne? Well, you can see from these medical studies that the jury is still out there. More clinical investigations are needed to rest the case one way or the other. But until then where does that leave you if you want a bright, smooth and healthy skin?

Here are some of the things that scientists agree about:

Acne inversa also medically known as Hidradenitis suppurativa is a chronic skin condition linked to smoking. It is most common in middle-aged women. The disease looks pretty similar to the common acne but is not.

It starts off as painful boils and progress as a tunnelling wound which eventually leaves scars on the skin. Acne inversa occurs on the on parts of your body where two separate patches of skin touch and sweating occurs such as thighs, groins, armpits, and between buttocks cheeks.

So, if you want to have healthy smooth skin, just toss away the cigarette. 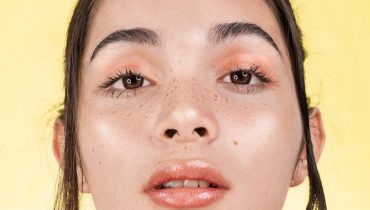 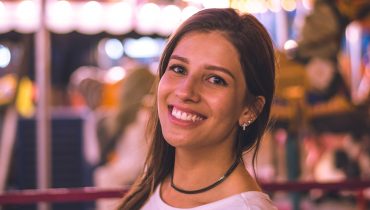