Home
|
Skin Care Advice
|
Why Do I Freckle Instead Of Tan?

The bright sun is here, and everyone is flocking outdoors to soak up some of the good ol’ vitamin D.

But with the return of the sparkling sunshine and lovely warmth, so returns one of the commonly asked questions in summer…

Why do I freckle instead of tan?

Some people love and adore their freckles, while others tend to feel a little more self-conscious about how their skin looks.

Either way, we need to know why some people get freckles while others don’t, and where freckles come from in the first place.

Freckles are basically a sprinkling of the pigment melanin, which shows up when the sun’s rays come into contact with your skin.

Everyone has cells in their skin known as melanocytes. These cells are designed to protect our skin from the harmful UV rays of the sun.

They do so by producing a protein pigment known as melanin. Melanin acts like a barrier for your skin by making it appear darker.

In most people, the melanocytes are spread evenly throughout the skin, but in other people, they aren’t. They are bundled up together on different parts of the skin, resulting in the appearance of freckles.

If your melanocytes are spread evenly on your skin and you spend some time outdoors without any sunscreen, you will most likely end up with a nice tan because your melanocytes produce a pigment to protect your skin.

But if your melanocytes are bundled up together and you get exposed to the sun, your skin will end up with dark, scattered spots on your skin- which are basically freckles. And since other parts of the skin aren’t protected from the sun, you might end up with sunburn too.

While anyone can develop freckles, they are predominantly genetic. So if your parents have freckles, there’s a pretty high chance that you’ll have them too.

Even then, some people who didn’t have freckles as kids eventually develop freckles because of repeated exposure to the sun. The hands and face are common culprits of freckles – because they tend to get the most sun.

People with lighter complexions (fair skin and light eyes) tend to get more freckles than those with darker complexions. This is because they have less melanin on their skin. When exposed to the sun, they often develop freckles instead of getting a tan like darker people.

Some people develop freckles that fade away during winter seasons and return during summer. Others have freckles that last all year round. Freckles often fade as people grow older. You can even buy creams to partly remove freckles or made them less visible, but you have to live with them.

If you want to prevent freckles from forming when you go out in the sun, you should wear some good sunscreen and limit your time in the sun or any other source of UV rays, like tanning beds.

Unfortunately, people with freckles are at a higher risk of developing skin cancer. This is because of the broken-up distribution of protective melanin versus the full-coat of tan across other people’s skin.

So, if you have freckles, you’ll probably need to layer up on SPF even more than people who don’t have freckles. You should also keep a close eye on them. If you notice any unusual changes, contact your physician.

How to prevent freckles while tanning

Here are some tips to help you prevent the formation of freckles while tanning:

a. Wear a wide hat when out in the sun

Wearing a wide brim hat in the sun will protect your face from harmful UV rays and prevent freckles from developing.

b. Take several breaks when tanning

Sit under a shelter after every fifteen to twenty minutes to give breaks to your skin and allow the formation of a nice even tan.

c. Avoid tanning when the sun is too strong

Avoid tanning in the middle of the day when the sun is at its strongest. Instead tan during the early morning hours and late evening when the strength of the sun has died down.

Stay away from tanning beds. They are very powerful and can not only lead to the formation of freckles and sunburns, but also skin cancer.

Sunless tanners and bronzers have the ability to make you look tan, without being exposed to the sun. Remember to apply them carefully to avoid the appearance of streaks on your skin. 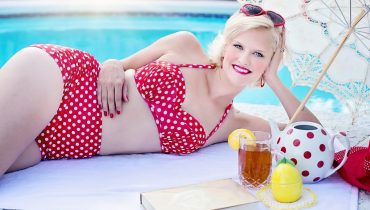 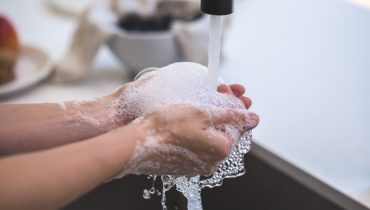